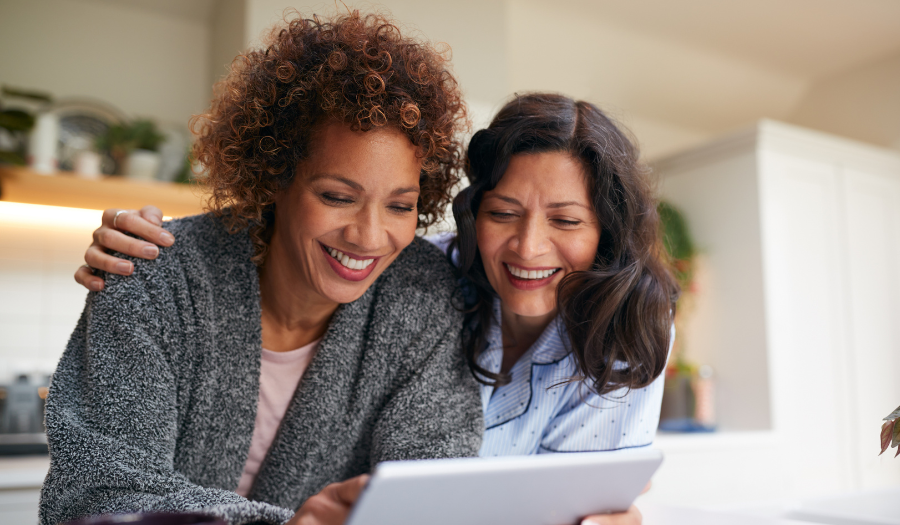 This episode of Finside Chats is all about the adoption of digital tools in the mortgage world – how it happens and why it sometimes doesn’t. No matter what technological advance we look at, adoption is never immediate or complete like flipping a light switch. It’s more of an uneven chain reaction that spreads through discussion, education, and experience. Which explains why we’re recording this episode in San Antonio at MBA, MISMO and ALTA's Digital Closing and eMortgage Bootcamp.

This wonderful event teaches title agents and lenders how to more easily adopt digital technologies, and helps technology providers understand some of the hurdles that must be cleared to maximize the impact of their digital products. Representing Stavvy are Henry Smith, Director of Implementation and Support; Shane Hartzler, Chief Strategy Officer; and Lisa Kalner Williams, our Product Marketing Manager. The trio took a moment between sessions to talk about what they were seeing and hearing at the bootcamp.

It’s no secret that adoption of digital closing technologies has been slow. This may be frustrating for technology innovators, but according to Shane, it’s not really surprising. “Even if the technology is going to be super-efficient and make everybody's lives better in the long run, if it requires somebody to make a lot of changes to how they're doing their process now, you're not going to necessarily see that adoption,” he describes. “If you’re going out to a title, to a settlement agent […] and you're saying, ‘Hey, you're going to need to add a bunch of annotations,’ or, ‘You're going to need to upload a lot of documents in a different way than you did previously,’ if that's going to require that person to do something that's an additional [or different] step, I think you're going to ultimately lose people.”

Henry, who’s been involved in countless remote online notarization (RON) closings, points to busy schedules as a contributing factor. “One of the panelists mentioned that the biggest issue that they see is time. The title companies don't have to time to learn anything new, and so they just continue to push it off,” he explains. With pressures to keep transactions moving and limit agent downtime, tackling a new technology is rarely the priority for frontline service providers.

#2: Who can make change happen?

Overcoming this natural resistance to change is largely a matter of education—hence events like this bootcamp—but Lisa raised the key question of what audience is really the right target. Should education be focused at the C-suite or at the daily operations level? Henry suggests the latter. While company officers may appreciate the financial and customer service benefits, “the champions are going to be doing it each and every day—the agent that's going to be running the session. Those people really need to get their feet wet, and learn it, and be comfortable with it, and see the difference that RON will make,” Henry says. Those agents will then in turn help to educate the ultimate decisionmakers. “[They] will be the ones that are going to tell your C-suite team, ‘Hey, this is what we need. Our customers like this more. It is more efficient for us. It is easier.’”

For those organizations willing to learn, the payoff can be exceptional. “One agent could easily, if they're doing their own transactions, now do 15, 20 signings a day, versus trying to paper it out and assigning agents doing four to six a day," Henry describes.

Henry agrees everyone needs to understand the benefits and implications of digital. He warns of the risk when someone who’s not well-versed in the technology spreads incorrect information, such as “a realtor telling their customer, ‘Hey, you don't want to do RON because it's all online. There's a chance of fraud.’ Even though that’s totally the opposite of RON.

With so much on the line for our industry and for Stavvy, we’re grateful to have three exceptional representatives at the bootcamp event. We appreciate them sharing the Stavvy story with others from the mortgage industry, and sharing their observations with the Finside Chats audience as well.

“People are going to go back to what's the easiest thing for them to do, and so the technology has to solve for that.”